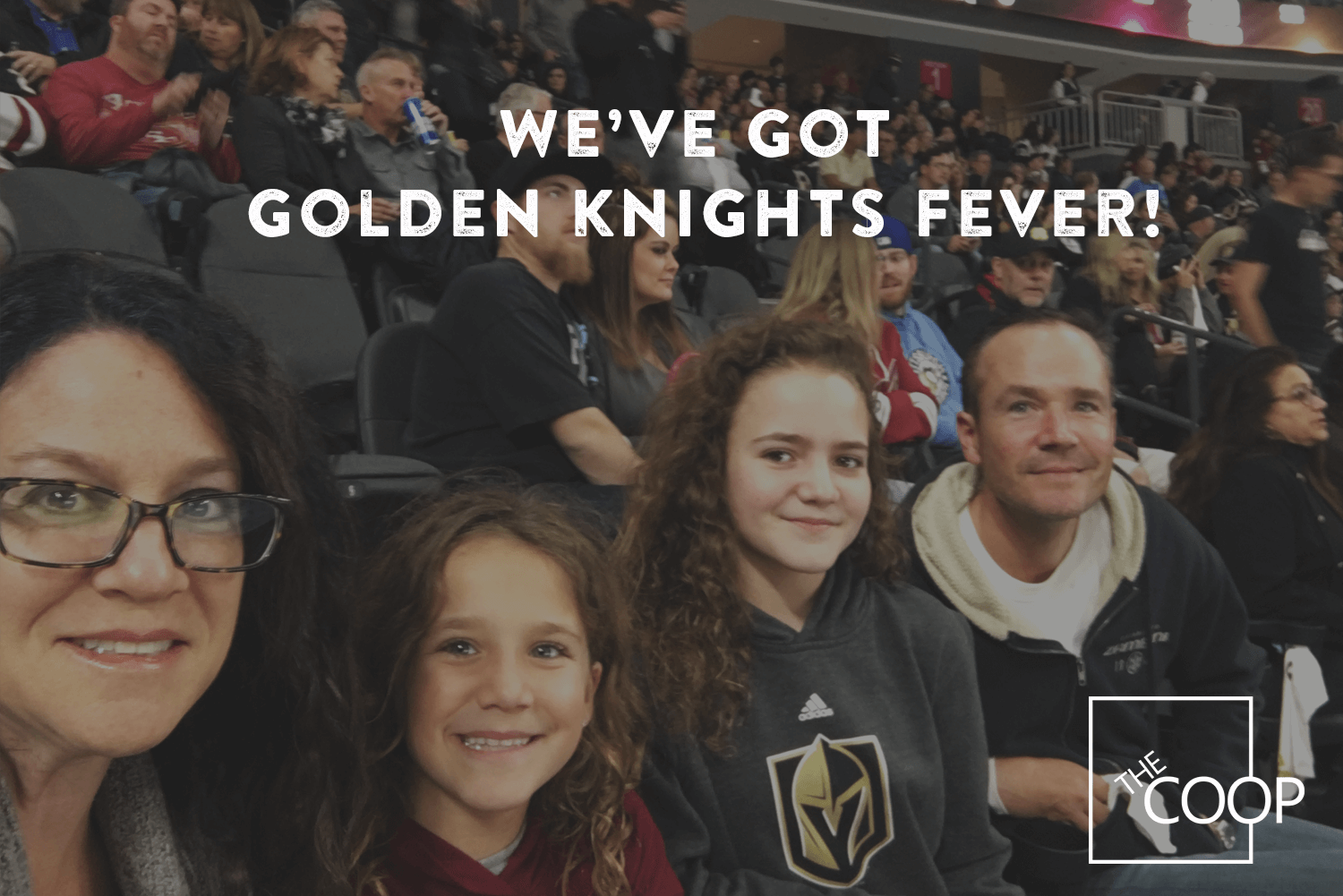 To say Las Vegas has been struck with Golden Knights fever is an understatement!

The Vegas Golden Knights have the honor of not only being the 31st NHL franchise, but also the first major professional sports team to call Las Vegas home.

This city is an incredible melting pot of sports fans from all over doning Cubs, Dodgers, Steelers, Warriors, Knicks… sports garb from everywhere but Las Vegas.  Thanks to the incredible inagural team and impressive record, Las Vegas is proud to wear the now iconic steel and gold.

Despite the Golden Knights moniker, Vegas didn’t go cartoonish and they didn’t go full history buff. The haunting image of that simple, striking helmet crest really does have the potential to become ingrained in the minds of hockey fans forevermore.

Not for nothing, if you give Las Vegas a professional team they are all in.  On opening day an astounding 20,000 fans packed T-Mobile arena for a win against the Arizona Coyotes.  Fast forward a few months and the Knights are 19-9 with a good chance for a triumphant post-season. The hometown pride is overwhelming at T-Mobile Arena with a highly-spirited crowd.

The Vegas Golden Knights Twitter account has received the praise of many with their witty content and their opening video still gives us chills each time we watch.

Nearly in The Coop‘s backyard is City National Arena which opened in September 2017.  At the arena you can watch the Golden Knights practice, cheer on UNLV, grab a pair of skates and hit the ice or hit up the merchandise shop. Grab some food and libations from Mackenzie River restaurant with a fantastic atmosphere and view of the two hockey rinks.

See you at the rink!